Bimblebox: art – science – nature is a touring exhibition about the Bimblebox Nature Refuge, its environmental, social and scientific significance and an artist group’s creative response to their experience of this unique and threatened environment. The exhibition is rich, dynamic and diverse, including artworks in installation, works on paper, painting, artist books, photography, digital media and sound. The exhibition also incorporates aspects of scientific and environmental research and social history of the site, together with catalogue and education kit in digital and print media.

Bimblebox Nature Refuge is located in semi-arid, desert uplands environment approximately 50km north-west of Alpha in Central Queensland, comprising 8000 hectares of native bushland, the majority of which has never been cleared. While legally recognised as a Nature Refuge and part of the National Reserve System of Protected Areas, Bimblebox is under threat from coal mining. This exhibition explores the challenging subjects of coal mining, global warming, diminishing biodiversity, the changing socio-cultural dispositions of regional communities and the role of creativity in that process. Aiming to document and creatively interpret this unique place and time, Bimblebox: art – science – nature may help to save this nature refuge from destruction or it will provide lasting testimony. 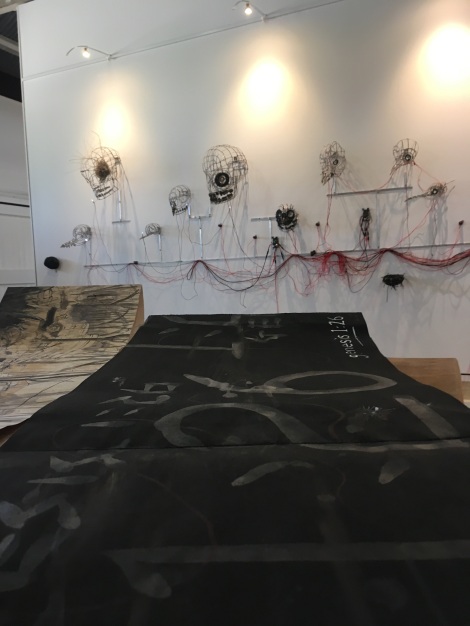 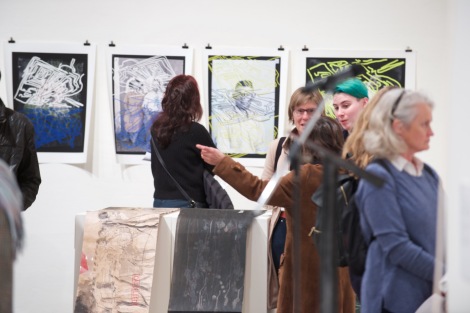 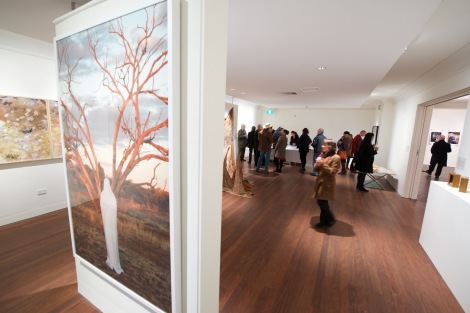 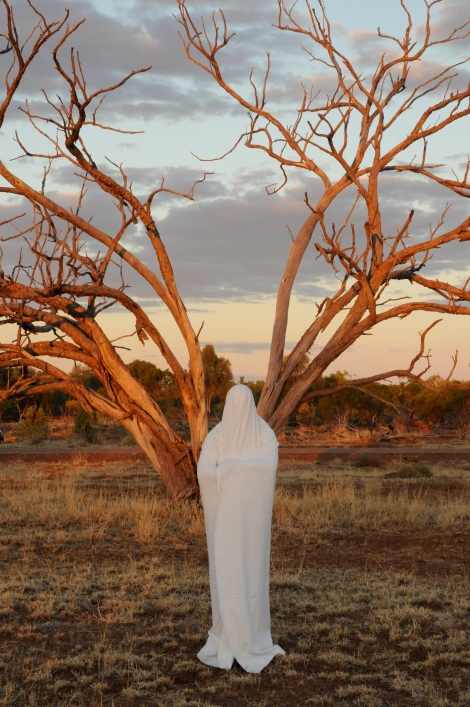 What’s yours is mine (detail), 2013, Gerald Soworka, photo courtesy of the artist. 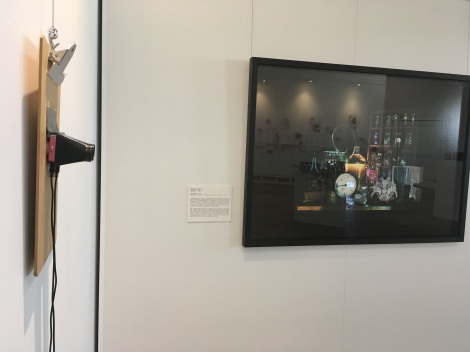 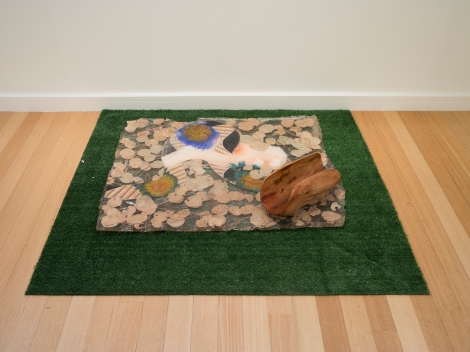 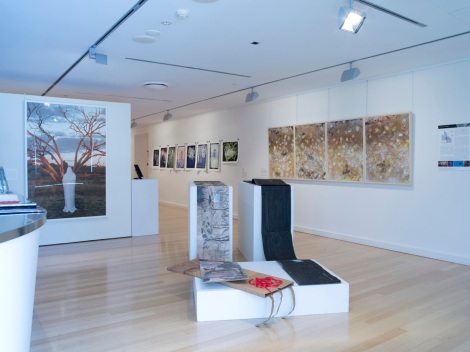 The Mechanics of Survival, The Camp Workshop & The Great Divide, 2013, paintings by Michael Pospischil, in the foreground Cabinet of Curiosities composed by Jill Sampson, photo Carl Warner. 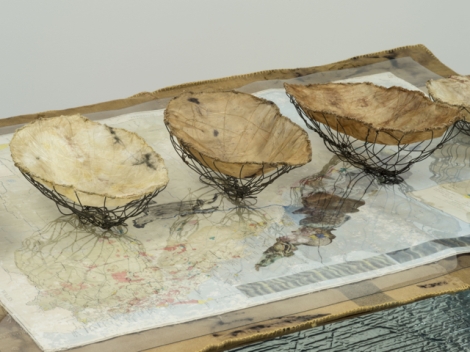 Depiction of Environment through Art, research thesis by Andrew Nicholson

more information on this research here.